The character of Menelaus in Euripides’ Helen is the subject of contrasting opinions. The majority of scholars see in him the features of a weak kingship, a lack of authority, an undecided nature, a tendency to clumsiness and ridicule. Actually, Menelaus is a character in transformation. Like any hero who has fought at Troy, he sees everything through the lens of energy and determination. But having arrived in Egypt after a shipwreck, he finds himself involved in an affair in which intelligence and cunning count for more than brute force. The character’s opacities, his falling into ridicule, do exist but are overcome. They prepare the moment when Menelaus will strike back, regaining his identity as king, soldier, and leader. 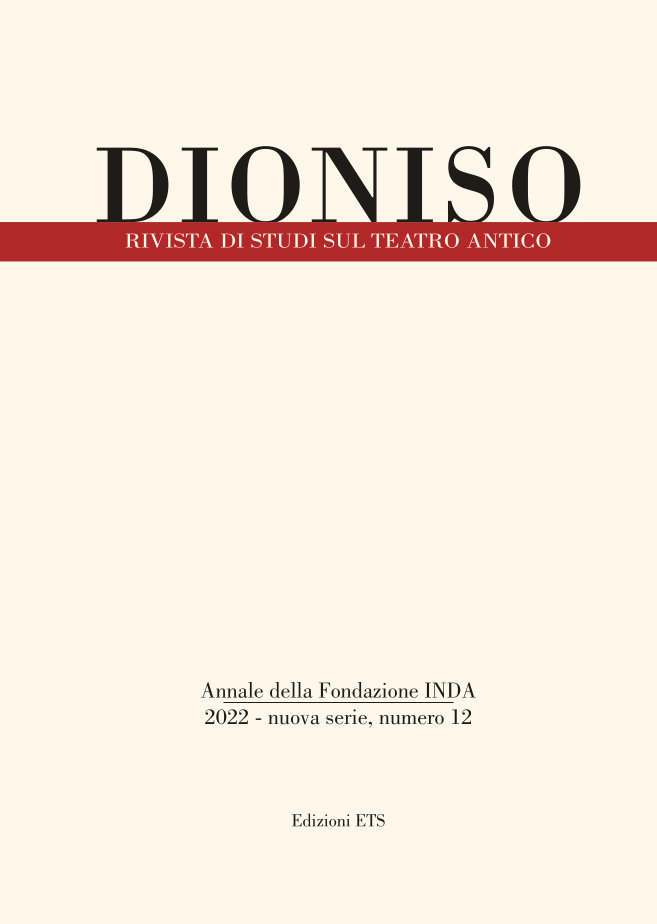 Copyrights are transferred for five years starting publication date from the author(s) to the Publisher. After this period, the content is released under a Creative Commons licence (Attribution-ShareAlike 4.0 International).