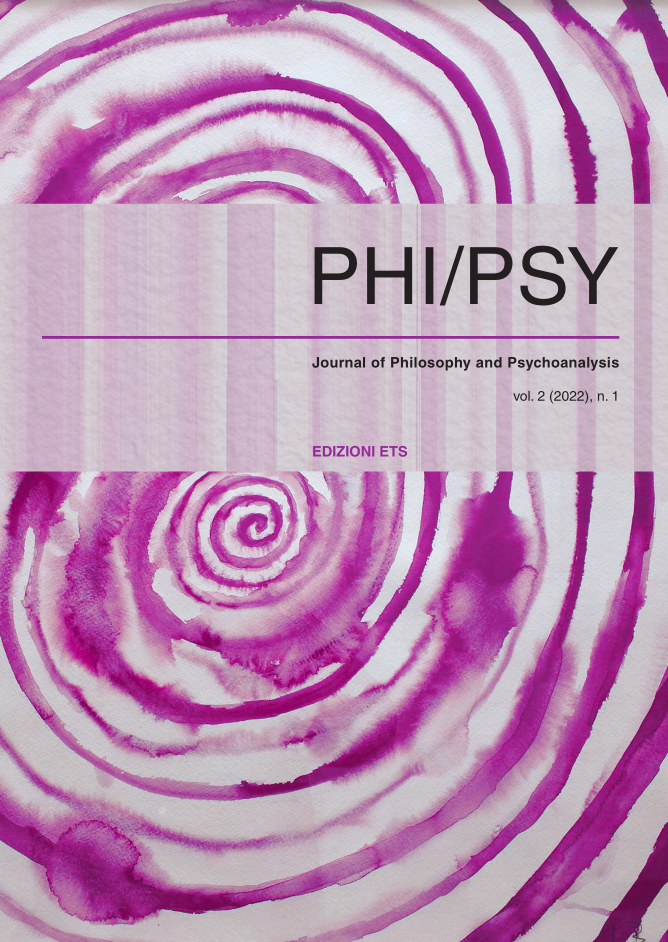 The Phi/Psy journal stands at the crossing between philosophy and psychoanalysis, with an opening to literature, economy, art, and politics.
The journal is guided by various topics, including the subject and the unconscious; the form and content of the dream experience, and the experiences of neurosis, psychosis, and perversion; the bond between processes of subjectivation, forms of language, phantasmatic dimensions; the connection between law, desire, and enjoyment as political and ethical issues; the contemporary as an enigma of which philosophy and psychoanalysis can fathom the implications, in resounding conjunction.

This review was founded in 2020 under the impulse of the “Tiresia” Research Centre for philosophy and psychoanalysis, which was established at the Humanities Department of the University of Verona, as part of a wide network of collaborations with Italian and foreign philosophical and psychoanalytical institutions. The journal is funded by the Humanities Department of the University of Verona, the sale of the journal’s issues, and of the annual subscriptions. It will be published in both paper and electronic form, on a semi-annual basis (in May and November of every year).

The “Phi/Psy” issues will not make use of a monographic approach, intending instead to revive the sense of the idea of “journal”: collecting and selecting all the best that has been produced in a certain field over a period of time. “Phi/Psy” will be published in the following six official languages: Italian, French, English, Portuguese, Spanish, German.